Gold is a foreign exchange reserve commodity of strategic importance 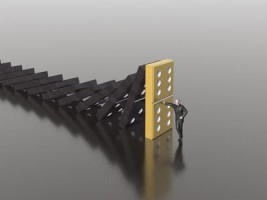 The continuing economic crisis that originated in 2008 caused a sharp decline in the base interest rates of all major western European economies; with most interest rates reaching nearly zero. However, this solution has proved insufficient. Therefore the central monetary authorities have accepted absolutely – by its scope – an unprecedented solution, called quantitative easing. It implies that central banks have agreed to emergency funding of entirely insolvent debtors and to maintaining long-term interest rates at their lowest levels. In doing so, the ECB violated all existing agreements of the Eurozone; which are the building blocks for monetary stability.

The use of tools such as quantitative easing accelerates inflation, which will continue to rise due to the growing indebtedness of Western governments. Monetary authorities will be continuously forced to buy (monetize) government debt in order to maintain long-term interest rates at low levels to allegedly „fight against unemployment“. For example, the Chairman of the Federal Reserve, Ben Bernanke, stated that the base rate would remain at its current level until at least the year 2013. The government debt buyouts trigger not only inflation, but also a devaluation of the currency in which the purchase is made. Therefore, the sharp monetization cannot be undertaken only on one currency, as it would be endangered by a breakdown. Holders of that currency would dispose of the original currency and would replace it with higher-yielding currency or currency with lower anticipated loss of value. Both in the past and present, central bankers have coordinated their actions to devalue all major world currencies accordingly.

Switzerland, which uses the Swiss Frank (CHF), cannot partake in the coordination due to the ban on deficit financing. For this reason, part of the investors concluded that the CHF will retain its purchasing power, i.e. its exchange rates will strengthen against all major currencies. CHF therefore underwent a draconian revaluation which undermined local exports and brought another method of government intervention – the intervention of the Swiss central bank. Nevertheless, one cannot overlook the triumph which – despite the ongoing intervention – appeared in the hands of Swiss enterprises, namely a unique opportunity for strategic purchases of foreign competition at a 50% discount. However, for those who would − for the future and over a long period of time − like to preserve the purchasing power of their money, this has resulted in a deep disappointment.

As the fiat currencies are under substantial political supervision, the ones who know the eventual consequences of these government interventions tend to rethink their existing investment strategies. The governments and monetary authorities of China, Russia, Mexico or South Korea are among the first to increase their foreign exchange reserves in form of gold bars. This is not just a whim or fall for a „gold bubble“, but a way to protect their foreign exchange reserves. Moreover, one can always buy strategic raw materials for gold as a non-devaluing medium of exchange. A simple question rises: Why does the ČNB not increase its gold reserves? Why does our country only hold the constantly devaluing fiat reserve currencies? The gold price rise is and will be justified for the same reason as was the case of Swiss Franc revaluations, with the difference that the gold cannot be printed. The sooner individuals and corporations realize what has been mentioned above and start purchasing physical gold to their unconditional personal ownership, the better this person or company is prepared for the upcoming unstable inflationary period. 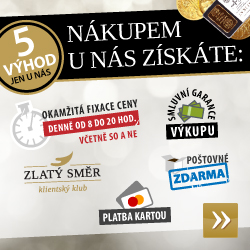